As you know, the Agile Manifesto and the Agile Principles define agile, to many of us. 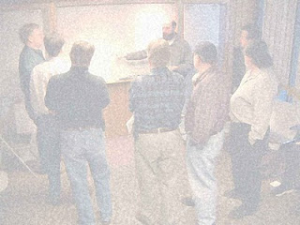 These statements were written and agreed to in 2001. There has been some debate about them, but they provide some excellent principles to remember as you are doing agile.  If your practice embodies these principles, then I think your agile will be much more effective.

So, we do well to remind ourselves and think through what they really mean.

In this regard, there was a recent discussion…what were the original writers thinking when they wrote these words.  In a google group discussion, Jeff Sutherland said quickly ….

They evolved in about 15 minutes in the order described.

The first one had data from Bell Labs showing a 50x increase in performance by getting individuals and interactions right. Martin Fowler was writing on the white board and proposed we say OVER processes and tools; so we did not rule out their use, but focused on what added more value.

The second one I think, was brought up immediately by Ron Jeffries.  In Silicon Valley and in Europe complex development, failure to test and fix inside the sprint fully integrated, can take 24x [more] time to test and fix in the next sprint. So you can go 24 times faster with working software.

I was a most passionate advocate with the third; as I was CTO of what is now GE Healthcare,  with 3000 screaming hospitals on my case. We know now that a good Product Owner can generate a 4x increase in production.

The final one was the mantra of the XP folks in the room; so we all agreed it had to be there. 65% of features are never or rarely used and waterfall builds them instead of letting new requests into the plan.

You should read Jeff Sutherland’s blog post on this: The Agile Manifesto, Elaborated.  There is also a link to a yet longer discussion.