Introverts and Individualists and Collocation 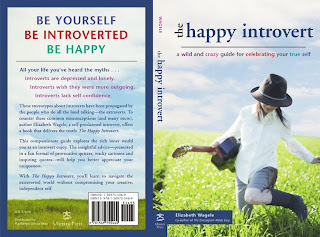 I am seeing a general trend. People are saying we should bend over backwards because implementers are introverts. (Yes, way over-simplifying a complex issue, but bear with me.)

That position seems a bit too much, but the general direction is, I think, correct.

Let’s posit that a good team always has (at least somewhat) talented individuals.

Mastering the machine is probably a skill set and an interest more common among introverts than extroverts. But we also know that people who are very good (maybe even the most talented on the team) can ruin the productivity of a team by being too much an individual and not enough of a team player. We see this in sports (Tyrrell Owens is one example), in life and even in our work. OK, fine.

Let’s peel this a bit further. We have lots of geeky guys (yes, usually guys) on software teams who prefer to “talk” to real people via technology, almost exclusively, and we have lots of managers who feel distributed, or even disbursed, teams are best. (Disbursed is every person in a different location. Distributed, ideally, is a team composed of two pods, each pod composed of about four individuals.)

It is true that there are some disadvantages to collocation. People may chit-chat too much (actually useful up to a point), you can get more “people issues” (or so it seems), or maybe more interruptions (controllable if people want to), etc. (Yes, I am not very impressed by these disadvantages.)

I think many distributed teams can be very, very productive. Also, I still think there is a strong argument for more collocation and more face-to-face conversation.

Yes, we have to accept that each person is different, and make some accommodations to that. It is silly to try to make introverts into extroverts (or vice versa).

But, that does not mean everyone should stay in their comfort zone all the time.

To some degree, for the good of the team, we need to ask the introverts to “step out of the cube, Dave,” too. (I hope that phrasing injects a tad of 2001 humor. If you know that movie.) And, we need to ask the extroverts, “Could you shut up a moment, please?”

In a broader sense, there should always be a tension between individualism and the team.  We contribute everything that we are, as individuals. We do this…so that the team can have a greater success as a team than any one of us alone. Or, so it is when we play team sports, similar to new product development.

I say this as a bit of an introvert myself (per Myers-Briggs).

Why do we seem to think that a distributed team is so obviously best for our situation?
(Some introverts like distributed teams because of lower interaction with those pesky people. Not normally an argument I find compelling.)

I am distressed when I see firms “assume” a distributed team or partly offshore team is better, without any analysis of whether it beats a good alternative (e.g., a collocated team). Each time it must be analyzed, in my opinion.

Quite often (most of the time), if you get a diverse group of 4 to 7 people in one location, given a bit of time, they should be able to beat a distributed team. Even a distributed team with better skills or knowledge at the beginning. (Certainly this is *not* true at the extreme: Low quality individuals collocated vs. very high quality individuals distributed, but that’s an extreme comparison I seldom see out in the wild.)

So, I am assuming you can often get 5 to 7 people with good skills/knowledge in your product domain areas. That could be a collocated team at relatively low cost. I posit that usually the special knowledge, skills or lower cost that distributed people bring, at first, is less important than the knowledge creation, skill creation and team emergence that a collocated team can create.