Ladies, Please forgive me. I have to make an obvious point with some guys. And you know how guys can be. Sometimes you have to make it really obvious to them.

We need to know the BVPs (business value points) and the SPs (Story points) of each story, so that we can do CBA (cost-benefits analysis).  And choose the right story to do next. 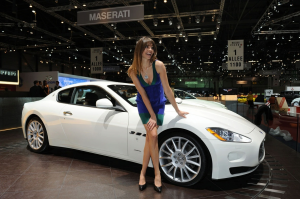 Now I explain the picture.

Many guys who are into cars would prefer a free Maserati.  Truly nice sports car. See the picture.  Wow!  Is that a car or what?  Especially if it is ‘free.’ (I am into fashion too, but we won’t go there.  The things I have to suffer through to make a point!)

Customers and business managers are the same way with the features in a new product.  If they can see no difference in the cost, of course they want the Maserati feature. But as soon as they can do CBA, even roughly, they start to say….”umm, I think I can live with the used Lexus” feature.

CBA is also a way to convince them to do the right thing. Release earlier. Then the Team looks like a bunch of heroes rather than suffering a Death March. (I am surprised that that picture could make regular guys turn into heroes.  But I think it could be true.)

« « Why I prefer ScrumBan to Kanban || Managing self-organizing teams » »

One thought on “CBA: new Maserati vs. used Lexus??”