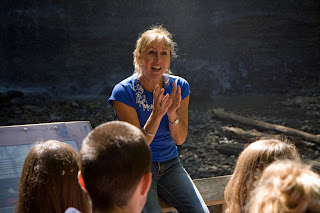 For those who will teach and for some puzzled course attendees, I want to do a series of posts about how I teach.

First, the goal is not to teach.

Or, clearly, the goal is neither teaching nor learning, but results, more than just action, but actual results from action).

Results for you, for your team and for your customers, that is the only goal that counts. If you think I ‘fail’ as a teacher, yet you get results, to me I have succeeded. Such ‘failures’ I will take any day.

So I conduct the class in such a way as I think best will lead to the most results for the most people. Right away you see certain ‘philosophical’ or fundamental issues have been addressed with certain assumptions. Assumptions that we have developed over many years of experience, but assumptions nonetheless, as we are far from omniscient. For example, I don’t assume that everyone is the same. (In fact, closer to the opposite.) Nonetheless, at any moment, in overly simple terms, only one style of teaching is going on at that moment.

Second, I don’t assume that the brain is the most important part of the human being. The soul, the spirit, the heart, the guts, the will and many other parts are also important. There is increasing evidence that they are more important, at least in terms of real results.

Third, I have a theory, based partly on Piaget and others, that the mind resists changes to its fundamental constructs of the universe, of how ‘things work,’ and the theory that Lean-Agile-Scrum is a fundamental paradigm shift in many of these constructs. So, I am subversive. There; I have admitted it openly. I am trying to sneak up on your brain but in a good way. Not to rob you, but to give you a gift quickly.

Fourth, while Lean-Agile and Scrum particularly are very simple (like all great things), at the same time, they are complex. I hold the perhaps arrogant view that, at least vi-a-vis Lean-Agile-Scrum, I am smarter than you. (That’s why I am leading the course, and not you.) So, while I get you active and talking, there are some things I am trying to tell you. I might wait for you to discover them on your own, but, while I have some exercises where you discover things for yourself, I am not always that patient. Given, I only have two days for the basic course. So, I “tell you.” (Some might call it ‘lecture.’ In any case, a different kind of lecture than most.) Yes, yes; we know all the problems with that, but I actually think that some people, if I add jokes and other tricks, actually stay awake, actually listen and learn this way.

As Yogi Berra said, if people don’t want to come out to the ballpark, nobody’s going to stop them. Meaning: If they don’t want to learn, fugetaboutit!

Frankly I am not clever enough to come up with enough exercises that can be done quickly, and, having felt ‘played with’ by some of these kinds of games, I am sympathetic with those who are naturally skeptical of games. So, I  still do some games and exercises, but maybe not as many as others. Instead, I use other tricks.

It bears saying at this point — what I teach are not ideas that I invented.

I feel we have been blessed to share the wisdom from men and women on whose shoulders (as the metaphor goes) we stand. It is wisdom, from the gods one might say, and I am humble about my real ability to pass it along as accurately as it deserves, and yet, despite the jokes and playfulness, I value this wisdom highly. Reaching the inner secrets of this wisdom is difficult. Realizing in a full way a high level of benefits from it is very difficult, and, paradoxically, as with all great things, it is in fun and with great ease that the most benefits are realized. Trying too hard does not help. As any baseball player knows, we must simply swing the bat, and just let happen what may. So, the main point here is a certain kind of humility.

Note: The picture is of Carolyn Eyles, an award-winning teacher in Canada. Google her.