No man is an island, entire of itself 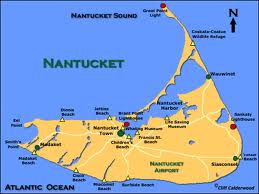 In summers past, I have gone whale-fishing from Nantucket island. Well, not I, although I did go to beautiful Nantucket, as did Ishmael, but they never called me Ishmael.

I have set out from Nantucket, as they did in former days, intent to catch a whale. Albeit mine was a metaphorical whale.

So, you see why I chose Nantucket as the island. I think maybe John Donne, in his very famous Meditation XVII (a much recommended long tweet), was thinking of the small island of England, Scotland and Wales, and thinking of how we are all connected, one to another.

There is something very mystical, magical and special about any team that achieves success. They are indeed connected. No doubt it is or will be painful at times, but mostly wonderful feelings.

The great paradox, by losing ourselves we become ourselves, become true.

If your individuals would become a great team, they must not just gush with emotions, but act in their beating hearts and strike it with their muscles, together. In this case, at least, the paradox is cut through not in meditation, but in fierce sword-like sharpness in the real world — a game for the courageous.

This team part of the game is ignored, quite often. The head bobs “we are a team,” but the body does not follow through. Each of us has our issues about this: Our old patterns, our egos, our introversion, etc., etc.

People are, “Created half to rise and half to fall,” as Alexander Pope wrote, so, yes, it can take a lot to deal with each and it is not just the logical and the emotional. We must deal with all the 28 (and counting) sides of the people in the team with us. (Yes, Virginia, we need more than IQ and EQ. These are whole people in the team. Dang. Rather complex.)

If we are to have any success or satisfaction in life, ‘deal’ most of us must, and the simple framework of Scrum sets in motion a basic interacting pattern which we can build on and learn from.