The importance of teams 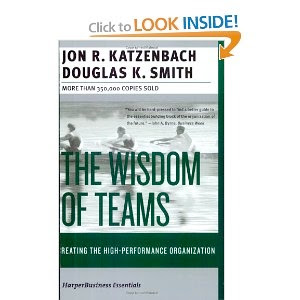 As I teach Scrum and Lean-Agile classes, I often meet people who don’t understand teams. Often this is true for some of the smartest and most capable people.

I think there are many answers.

So, what is the real team discipline? Many people have talked about it, but Katzenbach and Smith have done a good job defining it in The Wisdom of Teams.

Another, simpler way of talking about this is to say that the team is smarter than any individual.

This is a little dangerous to say. Yes, teams can be stupider than a single individual, if they let themselves. But Katzenbach and Smith show a number of cases where the team, a real team, was smarter than one individual. Not really surprising to me, since we know the old saying, two heads are better than one.

Why is this so true in our work?

So a team is better able to keep up. If they are a real team.

Yes, the team must have some decent players who have some decent skills in their sport. Who would ever hire a Team that did not?  And, yes, if you are playing against other professional teams, you have to balance two things (and maybe more):

See The Wisdom of Teams here.