Change and how we feel 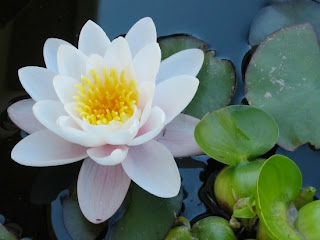 Why is it that we change? And how do we feel about it? And how does change stick?

My business is to change people, including myself. As a change agent, one is always interested to know more about why people change.  Maybe better: How do we get people to change, and stay changed?

One idea is that you discuss things rationally, and if the other person’s reason says “yes,” then the person will change. Now, this is obviously a very simplistic idea of what people are about. Simple is good sometimes, but I find this simple idea, much as I sometimes want it to be true, is wrong almost always. Even those who say they are rational are not, for example.

So, spending all your time appealing to the reason is probably not the best idea. (This is not to suggest you propose ideas that are unreasonable.) It may be that if something else in the person wishes already to say yes, then the reason may slow him down, maybe even turn the answer to a no. But the reason is not where real change comes from — or such is my current theory for virtually everyone.

My god, I lift my eyes up unto the hills, from whence cometh my help. (Psalm 121)
I am lost in this wilderness of change. How will I find a way?

Yes, change will happen, despite what anyone wants or says. So, if you are a change agent, one must wait for the wave of change to arise and ride and even direct it as best one can.

Well, if you can see an attractor, or a higher attractor, in the change that you are proposing (versus other options), your person is more likely to move toward the change you propose. If you can explain the attractor well.

We also know that most people resist moving from the comfort that they know. So, often the person needs a reason to leave the current comfort despite the fact that they feel the current comfort as painful. “The devil one knows is better than the devil one doesn’t know.” So, one thing a change agent can do is enable higher perception of the pain of the current situation.  Sometimes this is expressed as: “First, you must sell the problem.”

Now, making this pleasure-pain idea richer does not require a return to the hedonists of Greek philosophy. What people feel as pleasure and pain (in this context) has many dimensions or attributes. Not just the five senses. Not just ego. Not just Maslow’s hierarchy of needs, etc., etc.

Deploying this pleasure-pain idea to help people change is, on one view, quite simple, and on another, quite sophisticated. In life, most of us are like 4-year-olds being utterly manipulated (for our own benefit) by our mothers. You must become like that mother. That good mother who does not always explain all.  But does things for the benefit of the child. The focus is on the lollipop as we go to the doctor’s office (not that needle).

How do we sustain the change?

Well, from economics (the dismal science) we know of a thing called buyers remorse. We know that very often people buy Agile not because they want it, or because of Agile itself, but because they invest it with all the attributes of things they do want. They start with a fantasy that Agile will magically fix everything with no effort. They make it more than anything can be, and then later they feel disappointed.

Like the lotus-eaters in the Odyssey, we want to eat the leaf to stay in a state of pleasure — indolent and unaware of the truth. Well, at least part of us wants to, a lot of the time.

But later we become unhappy (in a way), feeling buyers remorse, since neither Agile or anything could ever live up to the fantasy that we imagined.

And Scrum can certainly make transparent much of the ugliness at our companies that was hitherto unseen. But it is not Scrum that is painful — Scrum just allows us to see the painful parts more clearly, and will not let us avoid seeing them.

So how to sustain the change?

First, we must expect it to be somewhat hard. We must set reasonable expectations, both for ourselves as well as the group.

And we must put again and again the focus on the real lollipop. On the many, many good things that Scrum also gives us. There are many good things. Let me focus on one now: Improved velocity, or velocity based on story points completed per Sprint.

If you were Michael Phelps and you had no measurement and your coach asked you to get better again today, what would you say? You would likely say, “Coach, I am already better than everyone in this pool in South Carolina these last three weeks. I can’t get any better. I need time off for a little fun!” But you as a coach know that, yes, the body needs some pleasures, but the soul in the long term will take more satisfaction by achieving a great goal, by showing oneself and others that despite having many faults (and Michael Phelps, like the rest of us, has some faults and weaknesses), one can achieve great things.

We have this in Scrum, too (although to be fair, our situation is in some ways more complex). For the team it is velocity measured in story points. Without that, the team says, “Well, I think we have improved a lot, and we always have impediments. Let’s not do a retrospective, let’s not take time to remove impediments, let’s just chip away at the real work and try to make the deadline.” (And let’s make sure we are not held accountable.)

But really, while too many managers will use velocity as a cross on which to crucify the team, in better situations, velocity, improving velocity, is something the team is proud of. It shows how much they have improved. It gives them the pride to know they are hyper-productive.  And we think virtually all teams can be hyper-productive, at least compared to themselves (at the beginning).

We need the numbers to have the emotion. Odd, but true — or so I think and feel.

One thought on “Change and how we feel”