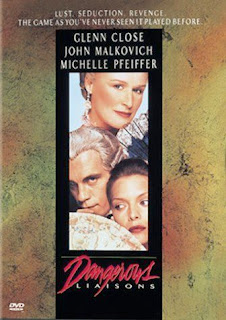 Taylor Swift just won the Grammy, I think, for album of the year. Maybe a few other Grammys, too.

In 1988 there was a movie with Uma Thurman called “Dangerous Liasons.” OK, Uma Thurman was not the only good actor in the show. Oh, yes, they had Glenn Close and John Malkovich, and some kid named Keanu Reeves. Oh yes, Michelle Pfeiffer, too. The show was based on a fairly famous French novel.

One famous line in that show was, “It’s beyond my control.”

I have been in a few companies recently where the fundamental feeling is hopelessness and helplessness.

“It is beyond my control.”

Perhaps it is also useful to remember, “Everything changes, nothing remains the same,” as Buddha said. We, as individuals, don’t make the real waves in the world, but we can ride the waves. We must remember that people will change — they only really resist being changed by others. They want some changes.

So, stop feeling helpless and hopeless. (We all do sometimes. If I missed a few steps in the logic there, I trust you can add them.)

So, where does Taylor Swift come in?

Well, her song starts this way:

And it’s a sad picture, the final blow hits you
Somebody else gets what you wanted again
You know it’s all the same, another time and place
Repeating history and you’re getting sick of it

Certainly I have felt kind of this way when I felt helpless.

I dare you to listen to the song.

There are no doubt a few stupid ideas being spoken by Agile people.

Agile is not here to make some minor improvement. It can be a big change in your life. It can enable you to make big changes in the lives of people you really care about. If you have started, don’t stop. Strap on your armor again, and fight with a smile.

(Do protect yourself, but do fight also.)