Scrum teams and living in packs 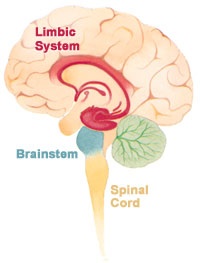 My experience with people doing Scrum is that we tend to take the “man is rational and isolated” hypothesis too easily.  Often it is not a thoughtful choice, just the implicit assumption of the way we are thinking or the way we speak.

Isolated and individualistic are key words. If you believed in them, you would build cube farms for people to work in, for example.

Is there another hypothesis?  Turns out there might be several, but one is that humans are fundamentally like all ‘pack’ mammals.  We work and have worked, over thousands of years, in small teams, and these teams support the members inside the team.  We have a limbic brain or limbic system that supports the huge emotional and ‘social processing’ needs of pack living.

Side note: Homo sapiens arose roughly 100,000 to 200,000 years ago, according to current guesses. It is suggested we arose from other mammalian life forms.

Here is an article on the limbic system.
http://en.wikipedia.org/wiki/Limbic_system
(As you will start to see, the spiritual, physical and thought-memory processing aspects of the brain are quite complex, largely sub-conscious, and quite fascinating. And there is still huge amounts for us to learn, IMO.)

How does Scrum inter-operate with this?

Well, first Scrum seems implicitly to recognize the pack or mammalian nature of people, and organizes individuals into teams.  (Our mammalian natures may be one of the reasons for this, but certainly not the only reason.)

Scrum seems to understand that the team begins to be a source of well-being and motivation for the individual. While the team demands something of the individual, it also supports him (eg. “can I help you with that?”).   The team provides this ‘pack’ sense of belonging that, they say, we all need. (I think I believe them on this.)

Did the designers of Scrum do all of this on purpose?  Well, I have worked with Jeff Sutherland a lot, and I have never heard him put things this way. But, he has suggested that there is more going on than can be explained.

Assuming that we humans are largely rational mammals with (also) a need for a ‘pack’, in what specific ways would you use this information to make your Scrum team more successful?

3 thoughts on “Scrum teams and living in packs”